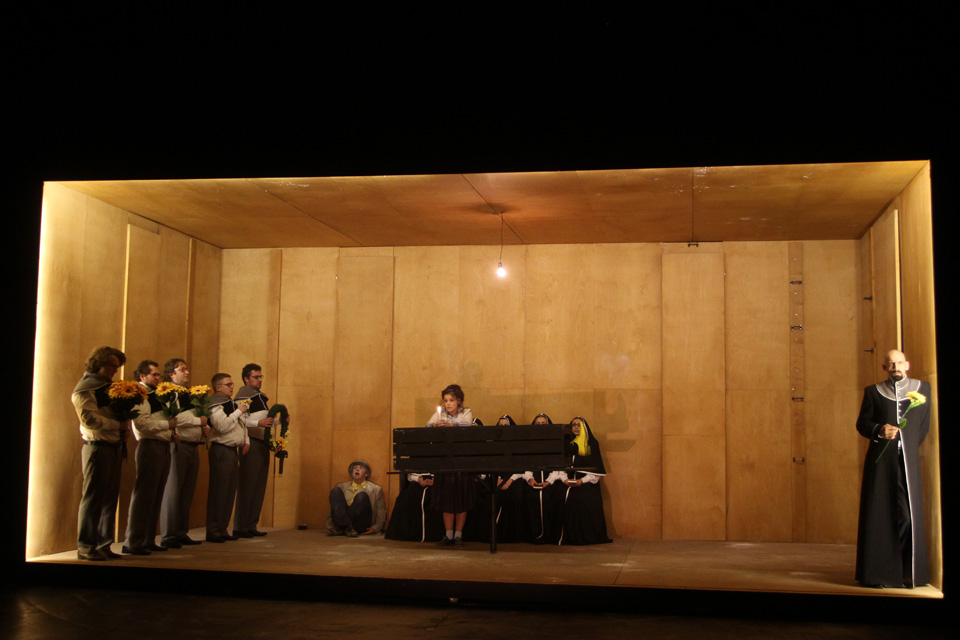 Tarelkin decides to fake his own death. With this decision, he wants to escape his debts, that burdens him, and the sorrows caused by his supervisor. To make his revenge more sweet, Tarelkin decides to impersonate himself as Kopylov, a deceased tenant, with whom he shared his apartment. His plan does not turn out the way he expected and it becomes a game of horrors. The mechanism of the supreme authority and the state police swallows him and so, his salvation becomes uncertain.

The play of the Russian writer, Sukhovo-Kobylin, written in 1869, is a social satire about the destructive nature of the superior authorities. With this play, the writer can be called, Gogol’s successor. The death of Tarelkin is one of the three plays written by the author, and – just like the others – it was not put on a stage in the home country of the author, during his lifetime.

The play at the National Theatre of Târgu-Mureş, Tompa Miklós Company, is directed by a young Russian director, Tufan Imamutdinov, who was invited to Târgu-Mureş, in 2012 to put on the stage The Marriage, by Gogol. The play was a success and it has been played for two seasons, and even today can be found on Liviu Rebreanu Company’s repertory.