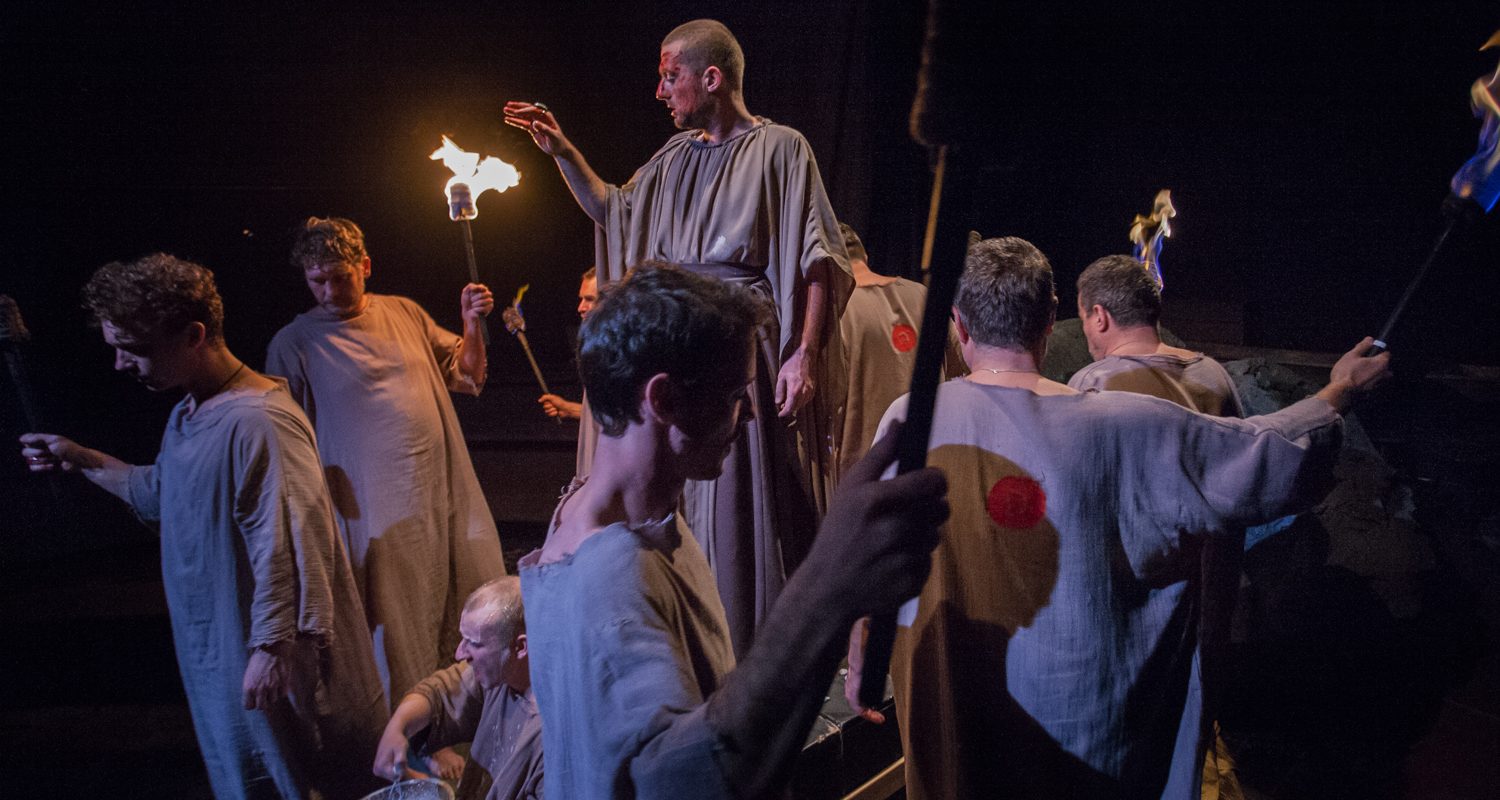 Camus’s drama, written in 1944, accumulates the basic principles of the French existentialism; it is truly a philosophical treatise and a theatrical masterpiece. Caligula is the tragedy of a tyrant, who molded his life, with a severe logic, to the principals of the philosophical absurdity. In order to achieve his unlimited freedom, he commits a series of tragedies. The actions of the mad emperor are actually failed attempts to formulate the meaning of life. During the play, one may fallow the nature of the deadly games which are being encouraged by the surmount of power.

The Russian director, Tufan Imamutdinov , is a returning colleague in Târgu-Mureş. In 2012 he directed Gogol’s play: Marriage at the Liviu Rebreanu company, and in 2013 the tragicomedy of Alecsandr Sukhovo Kobylin: The death of Tarelkin with the artists of the Tompa Miklós company. The later was invited to the Comedy Festival, organized by the Thalia Theater in Budapest, Hungary. In the particular creativity approach of Tufan Immamutdinov, the drama of Camus, winner of the Nobel price, may gain new perspectives.